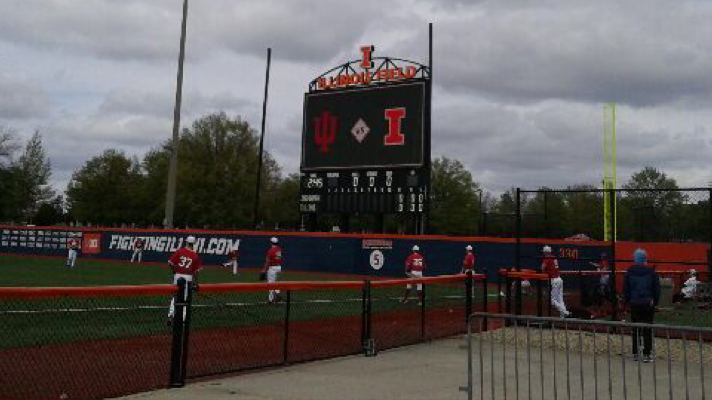 The bats are silent again in Champaign as Hoosier Baseball loses 3-1.

Both teams traded zeros today for the first three innings but in the fourth Jack Yalowitz homered off Tanner Gordon to give Illinois a 1-0 lead. In the fourth it was Michael Massey’s 2-run home run that added to the lead making it 3-0 Illinois.
Meanwhile, it took until the fifth for Indiana to even get a hit off of Illinois starter Ty Weber. This offense that at times seemed unstoppable just could not get rolling for the second day in a row.
After 15 consecutive scoreless innings for the offense on the weekend, Eli Dunham hit a long ball to get IU on the board. That however would be the last Hoosier hit for the day. The Illinois bullpen cruised after that. Eventually, closer Garret Acton picked up his 16th save giving Ty Weber his 4th Win.
Tanner Gordon took the loss but it’s the Indiana offense that looks lost right now against this Illinois pitching staff. For the series, that is just 1 run and 6 hits total. Sunday at 2pm is the next opportunity for the bats to come alive behind Andrew Saalfrank.