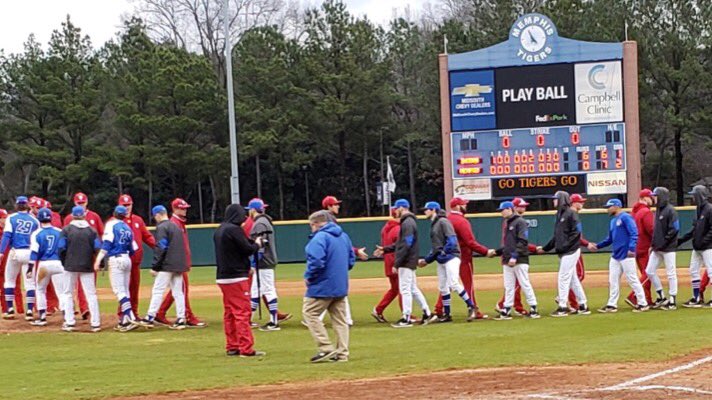 The pressure was on as the Hoosiers did not want to drop an opening series to a team trying to bounce back from a tough season in the Memphis Tigers. Jeff Mercer put the ball in the hands of southpaw sophomore Tommy Sommer, and the starter did not disappoint. Sommer tossed six shutout innings, surrendering five hits and one walk, while striking out four Tigers.

The game got off to a bright start for Indiana with Matt Gorski hitting the second pitch of the game well over the left field fence to give the Hoosiers a 1-0 lead. That score didn’t change until the top of the sixth inning. Despite striking out 14 times, the Hoosiers were productive and managed to turn just six hits into six runs. Two-thirds of those hits came from the eight and ninth slot in the batting order in left fielder Drew Ashley and shortstop Jeremy Houston. Logan Kaletha capitalized in the 3-hole by adding a hit and three RBIs.

The bullpen was solid as well, with Connor Manous pitching two shutout innings and Matt Lloyd closing the door with a shutout frame of his own. Memphis was not nearly as efficient. The Tigers actually outhit the Hoosiers seven to six, but struggled to produce with runners on, and also hit into two double plays.

The win gave the Hoosiers a road series win to start the season and a 2-1 record. With the weather still frigid in the Midwest, the Hoosiers will be idle until next weekend’s series at Tennessee. iubase.com will have more analysis on the trip to Memphis and a preview of the Tennessee series over the next week, so please check back soon.