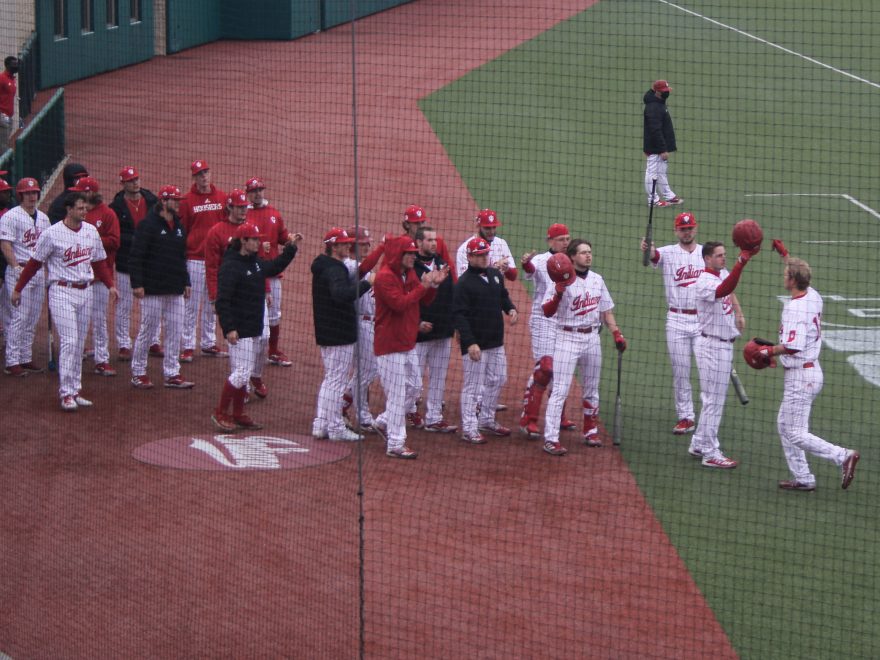 A specialized, but still numerical, look at the Big Ten and a little projecting

The 2021 Big Ten (B1G) baseball season is over halfway complete. through my Twitter account I have put out some power rankings over the past two weeks. This weekend the results of that formula didn’t make much sense so I have re-evaluated. I wanted an “eye-test” of sorts. Being IU-centric I did not want that to come from me. The only “eye-test” that includes all 13 teams in the league comes from D1’s pre-season evaluations. Those have now proved woefully inaccurate as they had Minnesota as a decent team and Nebraska at the lower end of the middle of the pack. Nebraska leads the league and Minnesota…

What I have found to replace this is Warren Nolan’s ELO. While I do not know what ELO all considers, it is clearly more nuanced than the RPI and seems in line with what a lot of pundits say. I’m thinking it includes the statistical items on Nolan’s site such as scoring margin.

With that I gave equal weight to ELO, along with B1G current standings, and the current RPI. I took these as a straight 1-13 ranking in each and performed a “golf score” averaging of ranks to achieve my power ranking. The three metrics each have different top teams. ELO favors Michigan, the B1G standings have Nebraska on top, while the RPI likes Iowa due to its tougher schedule so far.

Power ranks are below:

So then I looked at the multiple series scenario so far this year and compared the differences in gold scores and looked at results. Most intriguing is that sweeps have been limited to two team series in which the teams are either vastly different in power ranking (expected) or almost the same (weirdly NOT expected). In the last scenario, the home team had the sweep. With that I have in my prediction Michigan now getting swept by Nebraska the last weekend of the season.

This does not look good for Indiana with a fifth place finish. Hoosier fans can take solace in noting that what I am trying to predict is not widely predictable. There has never been a season like this and I am trying to develop a model on the fly based on very limited data. Also note that I have Indiana going 11-9 down the stretch and simply improving that to 13-7 would achieve a top-four performance that might be enough to get an NCAA at-large berth. The first D1Baseball “Nerd Cast” seemed convinced the NCAA would take the top 4 finishing B1G teams.

What I have trouble seeing is Indiana going so far to finish first and win the league. The part that is difficult is that there are so many teams with a shot. Iowa has the easiest path schedule wise. Nebraska and Michigan have the best positioning and are playing well. Finishing ahead of all three seems a bit more daunting. One of these three teams is likely to play really well down the stretch. A lot has to go right for the Hoosiers. I’m not saying it is impossible, but based on performance so far it seems unlikely.

I would love for the Hoosiers to prove me wrong!