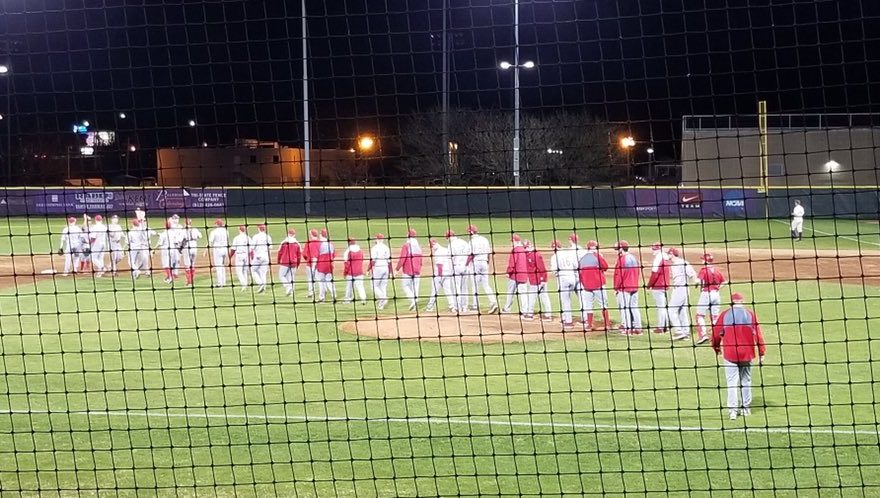 The Hoosier offense finally came through for Pauly Milto. Aided by 9 Evansville walks and a Matt Lloyd home run, the Hoosiers plated 5 runs on 5 hits to take a 5-0 Friday night win.

Hoosier Ace Pauly Milto went 8 innings, walking no Evansville Aces (he did hit two of them) and surrendering only three hits. He pitched to contact with an even 10/10 split of groundouts and flyouts, keeping his pitch count low. Indiana’s defense had no errors, and one fantastic scoop at first base by Scotty Bradley. Despite the low pitch count, Connor Manous was brought in to shut the door, and succeeded with a 1-2-3, non-save-situation 9th inning.

Drew Ashley, back in his home town, had the only multi-hit game of the day for the Hoosiers. It was enough to break the streak of scoreless Friday nights and finally not put the Hoosiers in a corner heading into Saturday of a weekend series. The big inning for the Hoosiers was the fourth where Lloyd lead off with his bomb, but the big hit was a two-RBI single with two outs from Justin Walker.

The Evansville series switches venues to the Bart on Saturday with a double-header set to start at 2:05pm. The Hoosiers have announced that Tanner Gordon and Andrew Saalfrank will be starting pitchers, just like in last week’s double-header.