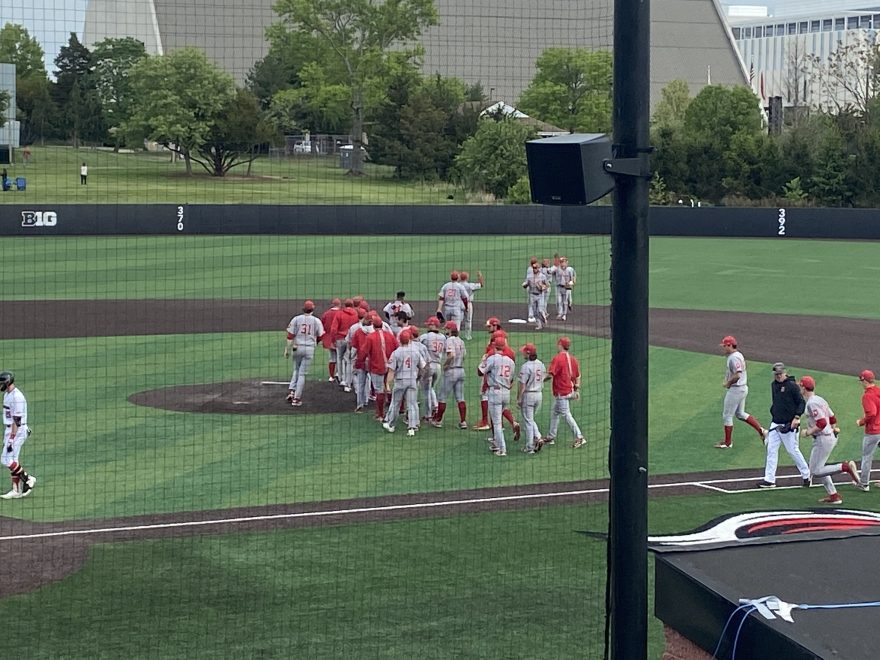 Rutgers had a ton of national attention coming into this three team pod with Nebraska and #24 Indiana. The Scarlet Knights took series at Michigan and Nebraska, sweeping the later. At Nebraska it was all about late hitting and solid bullpen performance.

The Hoosiers broke that script on Friday afternoon. It was a 2-2 pitcher’s duel into the top of the eighth when Rutgers left handed starter Harry Rutowski had to hand it over to his bullpen with 114 pitches. Right hander Kyle Muller was the first Knight out of the pen. His first two pitches hit Cole Barr and Morgan Colopy. They both got into scoring position on a passed ball and Collin Hopkins drove them both in with a single.

In an interesting move, Indiana Head Coach Jeff Mercer put lefty Ethan Vecrumba in to pinch hit for Kip Fougerousse. Rutgers countered by going to lefty Justin Sinibaldi. Despite the advantage Sinibaldi walked Vecrumba. Designated hitter Bobby Whalen got a hit and lefty Tank Espalin capped a day of getting on base in each of five attempts with a two-RBI single. Paul Toetz drove him in with his second double of the day and 16th of the season. That further extends the Indiana single season record he already holds in Big Ten (B1G) games. In addition to Toetz, Hopkins, Colopy, and Espalin all had two hits on the day.

Rutowski had beaten the Hoosiers on opening day in Minneapolis. He gave up two runs in the first, but otherwise pitch very well giving up just those two in 7.0 innings pitched. Tommy Sommer for Indiana was up to the task and went 6.2 innings, also giving up two runs (only one earned).

The outing for Sommer was exactly what the Hoosiers needed to start a four-game weekend. Only two bullpen arms were needed after Sommer to secure the victory. Sommer managed to stay in the strike zone only walking one Scarlet Knight and striking out six. With five hits he averaged less than one hit or walk per inning in his 111 pitch effort.

Ty Bothwell got the win for the Hoosiers. He allowed one inherited runner to score but was gifted by poor Rutgers base-running to end the threat in the seventh. Bothwell then came back out for the eighth and did exactly what a pitcher should do with a 6-run lead: throw strikes. He did give up a run of his own on a single and double. His only free base-runner was a hit-by-pitch with an 0-1 pitch in the ninth. He shut down the threat to secure the 8-3 victory. 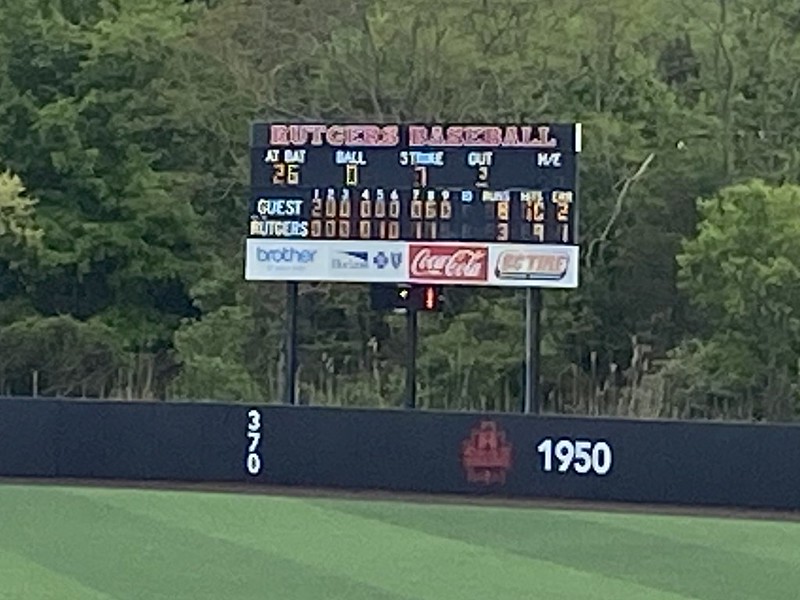 The win extends Indiana’s lead the Big Ten standings by half a game over Nebraska and Michigan to one game each. Michigan will play at Michigan State tonight. Nebraska is idle until they face the Hoosiers at 3pm tomorrow. Before that Indiana has one more against Rutgers at 11am. Indiana’s McCade Brown goes against another lefty, Ben Wereski.