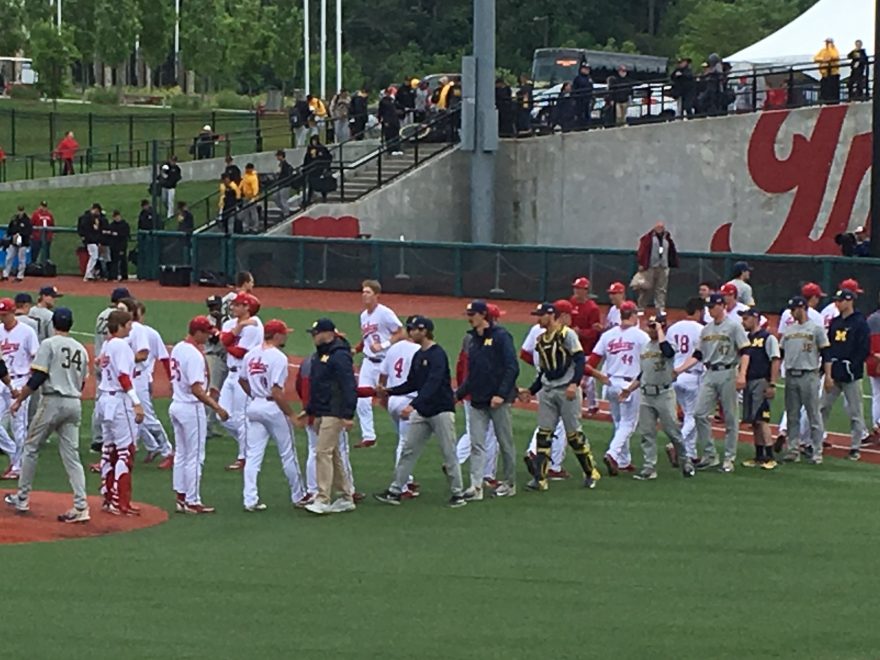 This has been billed as the B1G’s best pitching staff (Michigan) against the league’s most explosive offense (Indiana). At first glance, that does not look good for the Hoosiers. Quality pitching has been Indiana’s Achilles’ heel during league play.

While pitching is the highlight, Michigan’s bats are nothing to sneeze at. They have 7 hitters with multiple home runs and team combined .393 on base percentage.

The numbers look pretty daunting for the Hoosiers but the Wolverines have some question marks. The biggest among those is the #200 non-conference SOS the team has played so far. 27 of their games have been against the bottom half of the RPI. They have beaten #1 UCLA early in the season, but nothing else really impressive sticks out on the resume. Many of the numbers you see above were generated against lower caliber competition. That doesn’t mean mean those numbers aren’t legitimate, but they may be slightly exaggerated.

D1Baseball.com had Michigan as the pre-season favorite in the B1G based on talent assessment, but still won’t put them into the top-25 rankings waiting on a key series win. The Hoosiers are giving the Wolverines that rare opportunity.

Michigan has a 2.5 game lead on the Hoosiers for the B1G regular season title. With only 6 games left, that looks daunting, but the Wolverines face off against Nebraska in Lincoln next week while the Hoosiers host Rutgers.