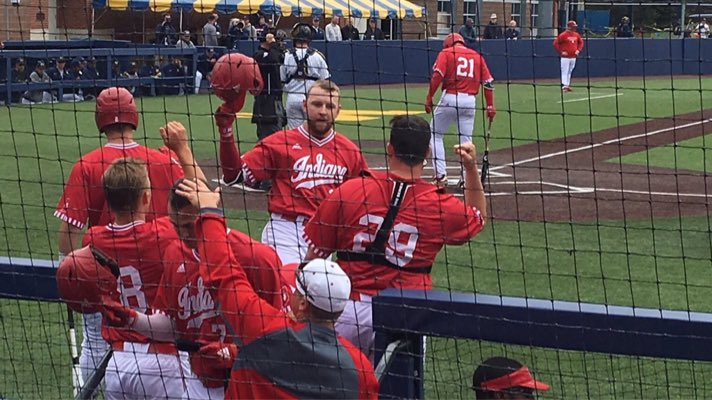 Indiana held off the Wolverines in a back-and-forth contest that saw 26 combined hits and 18 combined runs, and are now just a half game back of Michigan in the Big Ten standings. 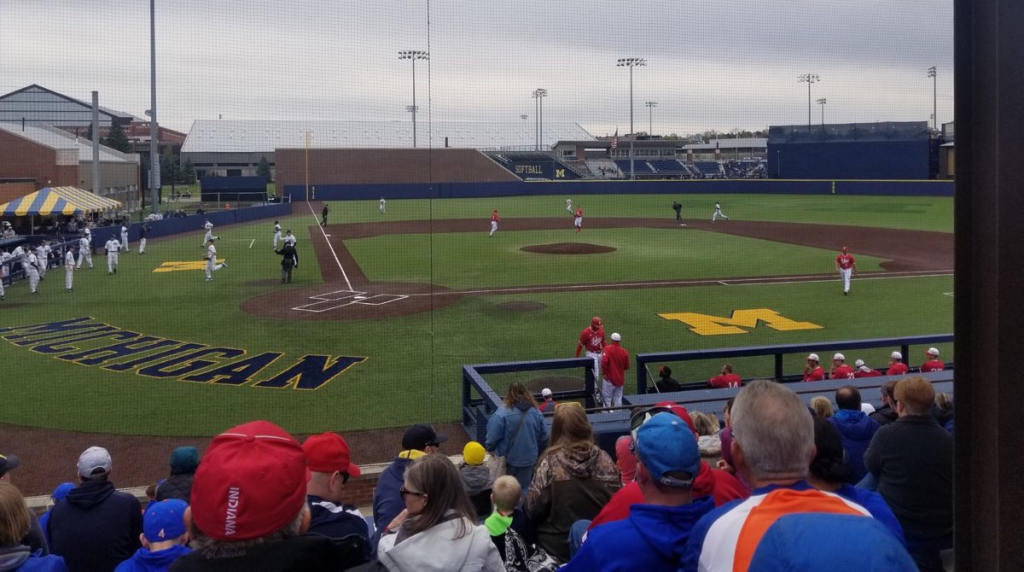 After the Hoosiers cruised to a 10-4 victory on Friday night, no lead on Saturday felt particularly safe until the final out was registered and the Hoosiers secured the 10-8 win. Indiana put up a trio of runs in the 3rd inning and another four runs in the 5th, sandwiching two runs by Michigan in the 4th. Michigan then scored three runs in the 6th, before the teams matched each other with two runs each in the 7th and single runs in the 9th. Tanner Gordon picked up the win for Indiana, with Matty Lloyd picking up his 5th save of the year and 21st of his career, which moves him into 2nd all-time on the Hoosier career saves list behind only Ryan Halstead. 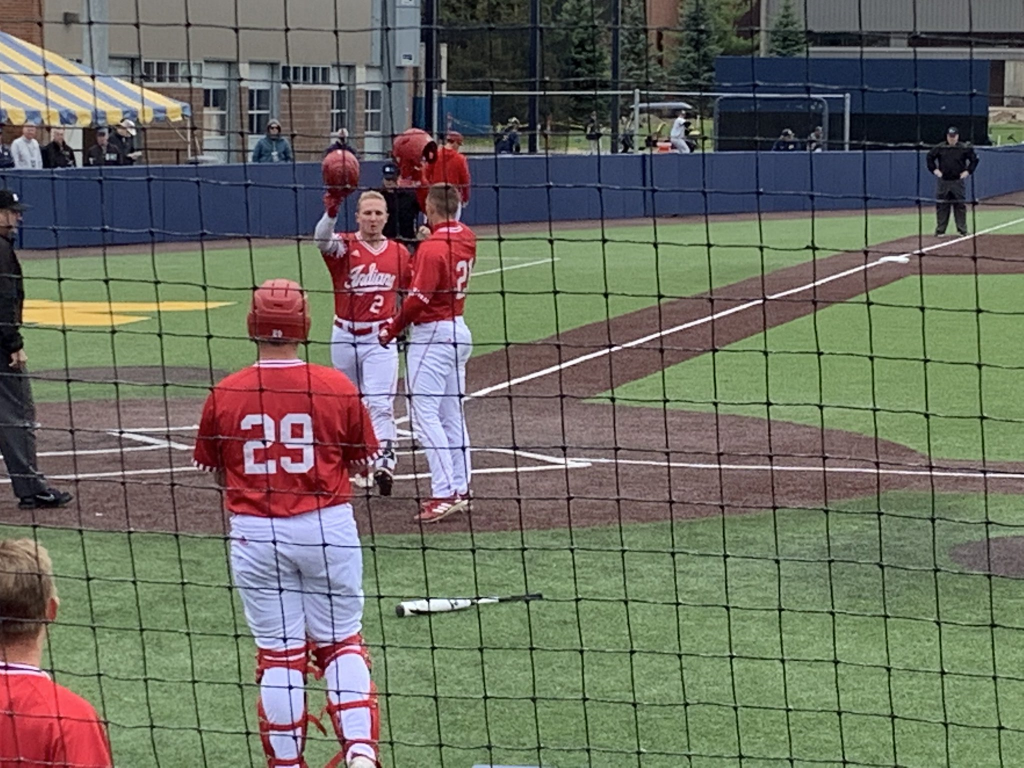 While Halstead’s record is pretty secure with a 12-save lead on Lloyd, another Hoosier record is coming closer and closer to falling. After being held without a long ball on Friday, Indiana knocked three home runs on Saturday. This pushes the season total to 84 home runs, just one shy of tying the team’s single-season home run record set in 2010, the last season before BBCOR was introduced in the college game and the bats were deadened. At their current pace, the Hoosiers are on-track to hit around 92 home runs by the end of the regular season. Depending on postseason play, it may not be out of the realm of possibility to see that home run count work its way into triple-digits. 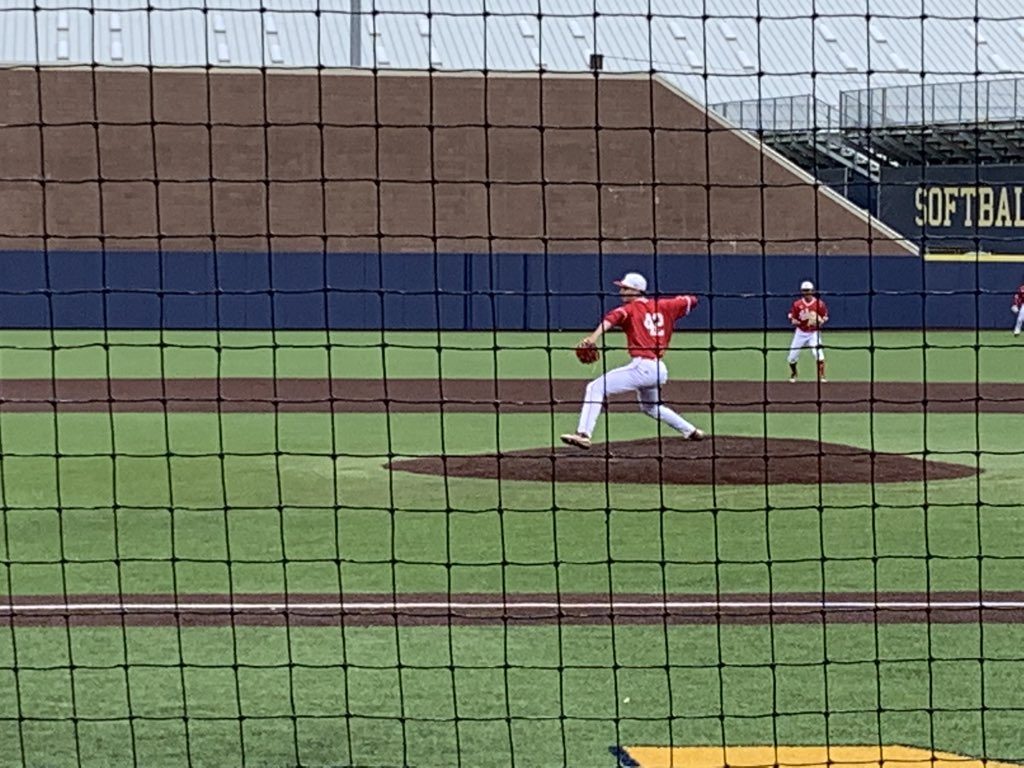 On the mound, Gordon worked a solid start, going five innings and giving up a pair of runs on six hits. He escaped three different innings with runners in scoring position and fewer than two outs, including the 5th inning where he stranded a leadoff single on 3rd base, needing just eight pitches to get through the inning. Three of the hits Gordon gave up came in the 4th inning, where a walk and sacrifice popup to short helped to score a pair of Michigan runs. Connor Manous took over in the 6th inning, but seemed to have trouble throwing his curveball for a strike and gave up three runs in two-thirds of an inning as a result. Braden Scott came in and ended the trouble in the 6th, but then ran into his own bit of a buzzsaw, giving up two runs on three hits (two doubles) in two-thirds of an inning in the 7th. Grant Sloan needed just a single pitch to escape the 7th inning, and went on to face the minimum in the 8th, throwing just 12 pitches to secure four outs. Lloyd came on in the 9th to get the save with a three-run lead. Michigan would score once on three hits before stranding the tying run on 1st base with a flyout to right field.

The Hoosiers continued to have their way at the plate against a Wolverine pitching staff that came into the weekend with the second-best staff ERA in the country. Indiana scored an efficient 10 runs on 10 hits, with six of the hits going for extra bases.  Seven of the Indiana runs came against starter Tommy Henry, a solid lefty for the Wolverines who came into Saturday with eight quality starts on the season including a complete-game one-hitter against the Citadel early in the season. 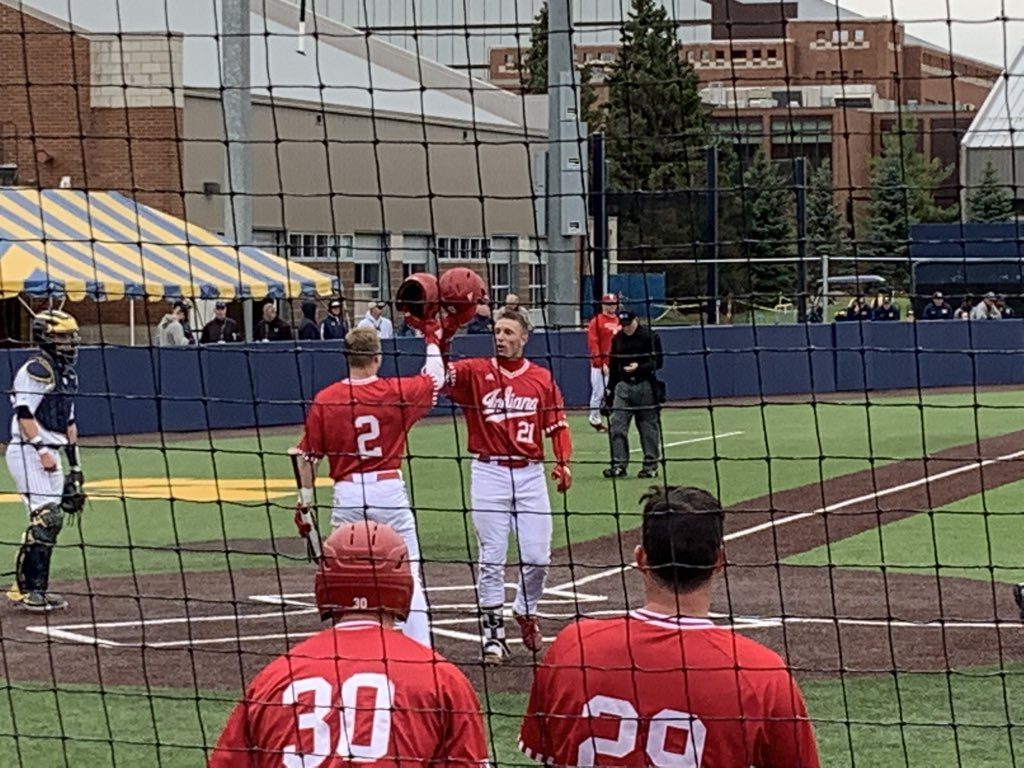 A trio of Hoosiers recorded multi-hit games, and it just so happens that they all bat in order and all hit home runs. Eli Dunham paced the group with three hits, including the homer in the 9th to give IU some extra insurance. Lloyd and Cole Barr each had a pair of hits as well. In the 5th inning, Lloyd hit a two-run bomb to move into the solo team and Big Ten lead in home runs at 15, a category in which he had shared the lead with Barr before the at-bat. But the solo lead lasted exactly two whole at-bats before Barr tied it up again with a two-run shot of his own. The two players combined have more home runs than seven different Big Ten teams, and are individually leading Purdue in the category. Three other Hoosiers registered hits, with Matt Gorski, Ryan Fineman, and Justin Walker each getting in on the fun. Fineman made the most out of his hit, driving in a pair on a two-out single up the middle. Gorski also drew three walks in the game, coming around to score all three times.

Indiana will look to earn the sweep and take over the conference lead at 2pm ET on Sunday. Andrew Saalfrank will take the mound, trying to improve to 8-1 on the season. He will also look to join Pauly Milto by entering into the top 10 single-season strikeout list, where Milto jumped up to a tie for 7th at 88 Ks; Saalfrank currently sits at 82 strikeouts, and averages almost 1.5 Ks per inning pitched. The Hoosier offense will face RHP Jeff Criswell, who is 5-1 on the season with a 2.40 ERA.