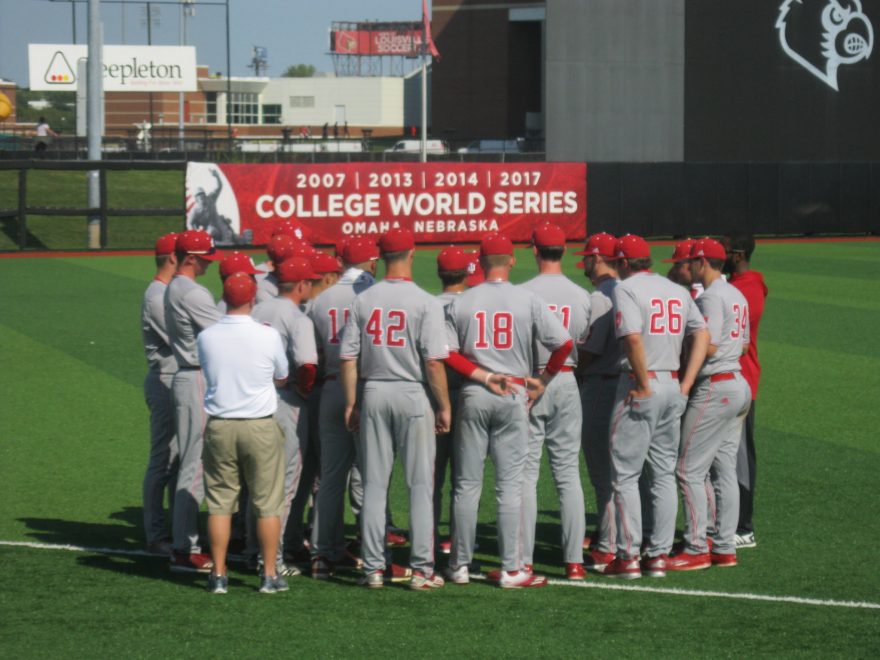 Oregon State and Washington highlights of Safeco Tourney Announcement, but Schedule Strength Watered Down with other changes

What might be the final pieces to the puzzle that is the 2019 Indiana Baseball schedule were announced to the public on Thursday. The opponents in the Safeco Field tournament in Seattle include not one, but two 2018 College World Series (CWS) participants, and one of those is the defending national champion.

On Friday, March 8th, is a match-up against a team that barely made the NCAA tournament last year, but managed to get all the way to Omaha: the University of Washington. Saturday, March 9th, will feature a match-up with Oregon State, 2017’s best team by record and the 2018 national champion. Both teams are in the Pacific-12 Conference (Pac-12), a baseball power conference which is scheduling a lot of Big Ten (B1G) competition this year. Also at the tournament, but not playing the Hoosiers, is defending B1G champion Minnesota.

The home-run inclusion of Oregon State and Washington on the schedule has grabbed all of the attention, and rightly so. Most importantly it gives the Hoosiers opportunities for marquee wins to create buzz for the post season. What the announced moves don’t do is actually help the overall strength of schedule (SOS). This is because of several other changes that negatively impact the schedule.

Originally UCONN was scheduled to be a double header in Myrtle Beach South Carolina on March 2nd.  The official schedule now has UCONN as single game. The Huskies were 35-20-1 in 2018 and should also win a lot of games in 2019. Dropping a game with UCONN off of the schedule is the first strike.

Strike 2 is the Sunday, March 10th, opponent in Seattle. None other than the team that wrecked Indiana’s strength of schedule in 2018: the University of San Diego Tereros. And by wrecked* I just mean that they massively underperformed expectations winning only 23 games when they were expected to be regional qualifier and WCC champion. At least it’s only one game on the schedule in 2019 and not four like in 2018.

*Fine – seeing the live stream video of Matt Lloyd depositing that ball on top of that tall apartment complex beyond the right field fence made that San Diego weekend worth it.

Speaking of four game series, here is Strike 3. The single worst performing team on the 2019 schedule has been inexplicably increased from a three-game series to a four-game series: The 11-37 Evansville Aces. This series includes a Friday opener in Evansville and a (now) Saturday double header plus a Sunday game in Bloomington. The only thing I can compare this to is the 2016 series with Toledo which helped to keep the Hoosiers out of the NCAA Tournament that year because of how bad the SOS was.

So what does the overall SOS picture look like? Well, like baseball, a mix of home runs and strike outs can still lead to a win. The Hoosiers 2018 SOS was a decent, but not great, 0.5305. The projected 2019 SOS is just slightly less at 0.5280. This is calculated by taking the 2018 results of the 2019 teams and plugging them in. Yes, teams change year over year, but in the aggregate, there are enough games on these schedules that those differences tend to wash. This method was very accurate at predicting the 2018 SOS based on 2017 performance.

That’s not to say that a few big shifts can’t make an impact. The big hope for the Hoosiers is that Evansville becomes a 20 win or greater team in 2019. While down last season, the Aces have had a winning record in two of the past four years. We just hope none of those wins come in the four games against the Hoosiers.

The Hoosiers will, like last year, need to plan on winning close to 40 games in order to qualify for a regional. Along with that, a middle-of-the-road B1G schedule might present the Hoosiers an opportunity to win a conference title. I will have more analysis on the 2019 B1G as whole later this month.