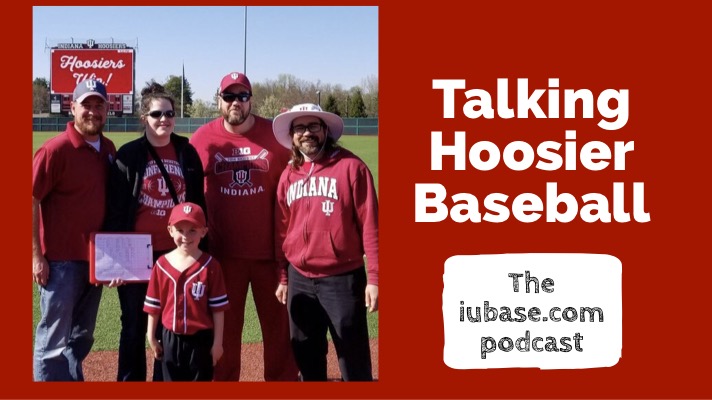 This has been a roller coaster off-season to put it mildly.

It was kicked off by an oh-so-close finish in last season’s Regional in Austin.  That was followed up with losing a coach who continued Coach Smith’s winning ways. We then speculated and waited to find out who would be leading the Hoosiers this season.  Once Coach Mercer was announced, we were excited to see how he would fill out his staff!  Fall Ball came, and we were able to see some great players and wonder and debate who will make the roster and in what roles.

Time to get this thing rolling!!

In this episode, the gang tells you what we are each looking forward to this season.  We announce our new award title since we can’t use the Lemo Hats for some reason, and we tell you who we think will be the front-runners for those awards.  We also introduce a new segment… The Mailbag.  Anyone that wants to ask a question can either send a message to the @iubase17 twitter account or send an email to gohoosiers@iubase.com.

We are excited the season is finally here, and, as always, hope you enjoy the podcast.

In the words of Hamilton “The Babe” Porter….. PLAAAYYYYY BALL!!!