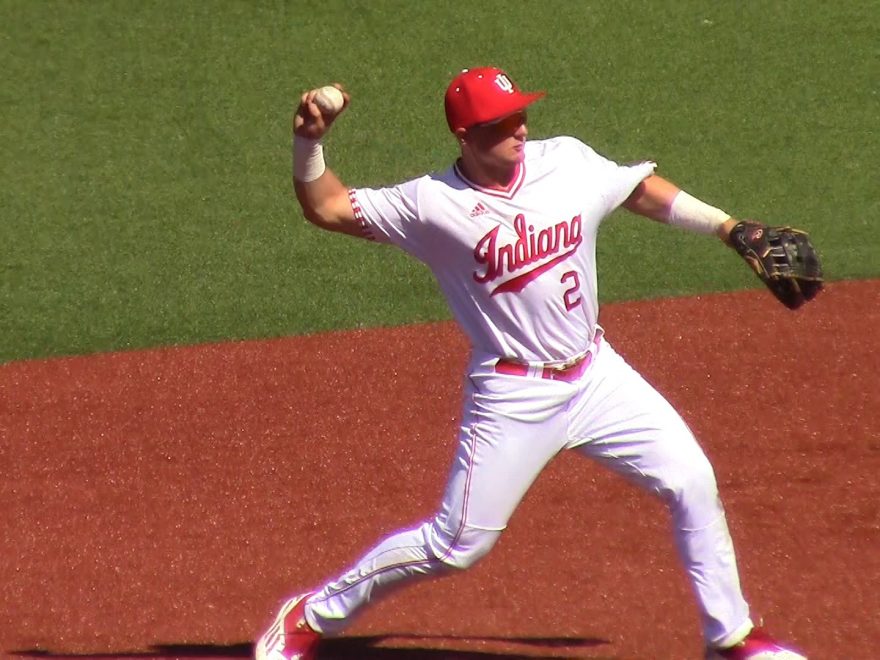 Cole Barr hits his first dinger of the year, but three total hits not enough

It was another cold day on the road with a similar result on Friday. Hoosier bats got into a lot of contact outs but had trouble stringing hits together to produce runs.

The Hoosier pitching and defense kept the game manageable. Friday starter Tommy Sommer was not his usual self surrendering five walks and five hits in five innings of work. Thanks to a trio of double plays that only resulted in three Buckeye runs, but given the Hoosiers’ hitting woes that was just enough to secure a victory and hand Sommer his first loss of the season.

A combination of John Modugno and Braden Scott out of the bullpen prevented any further Buckeye scoring.

On the bright side, Cole Barr, the teams’ leader in slugging percentage finally got his first home run of the season. Barr had been doing it up this point with singles and doubles.

Drew Ashley at lead-off only had four plate appearances and saw his remarkable 39 game on-base streak come to an end. He didn’t go down without a fight though. Ashley’s last at bat included four two-strike fouls to stay alive before a swing finally missed a bat to set him down on strikes.

The loss dropped Indiana to a tie for second place in the Big Ten (B1G) behind Nebraska. Indiana has a double header with Ohio State Saturday 1:05pm. The first game will be started by McCade Brown and go seven innings. Ty Bothwell will get the ball in the evening game which is slated for a full 9 innings (unless the first game goes two extra in which the second game will become 7 innings).