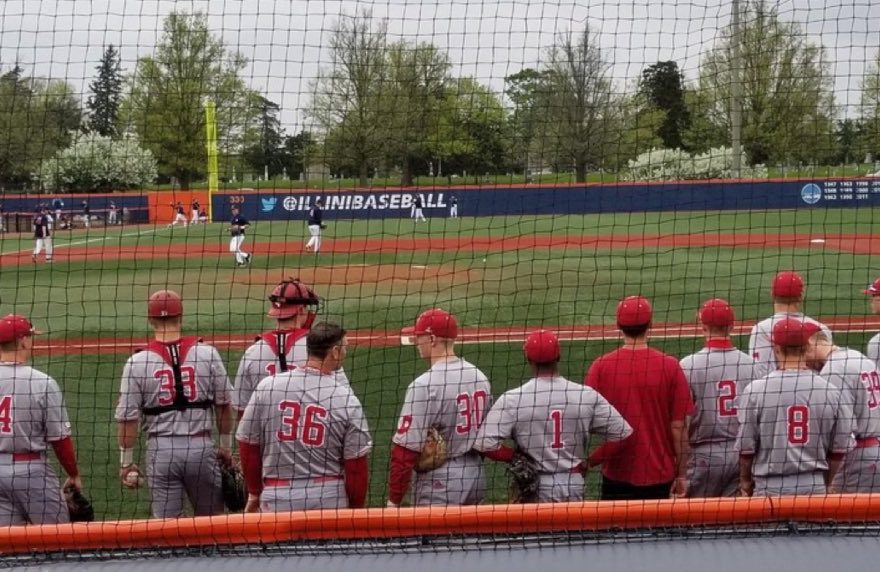 Following the Friday trend, Indiana was shut out by the Illini while mustering just three hits.

In what was likely to be a pitchers’ duel, there was no offense on either side through a quick four innings. The Illinois offense then eked out a run in the 5th inning while stranding the bases loaded. They would tack on another pair of runs in the 6th and an unnecessary insurance unearned run in the 8th. The Hoosiers, meanwhile, advanced just two runners into scoring position and only had six runners on the night.

Pauly Milto looked solid through the 4th inning, and managed to minimize the damage in the 5th, but at times did not look particularly Milto-esque, throwing fewer than 60% of his pitches for strikes and throwing a first pitch strike to just half of the batters he faced. Tommy Sommer entered in relief in the 6th with runners on 1st and 2nd, but gave up a double and a sacrifice fly to allow both of those runs to score. He would then throw an uneventful 7th inning. Cam Beauchamp started off the 8th inning, giving up a walk and two hits, with a Drew Ashley throwing error allowing a runner to score. Matt Litwicki came in with two outs and induced the fly out to end the inning.

Just two Hoosier batter reached base multiple times, with Eli Dunham reaching on an infield single in the 2nd and a walk in the 7th, and Ryan Fineman led off the 3rd reaching on an error and walked in the 8th. Cole Barr and Matt Gorski also registered singles. As a team, the Hoosiers struck out 11 times and only got 6 balls out of the infield.

Indiana will look to even the series on Saturday at 4pm ET. Tanner Gordon will take the mound, looking to further lower his 3.36 ERA. Opposite him on the mound for Illinois will be Friday’s “starting” designated hitter Ty Webber, who sports a 2.85 ERA. Dating back to last season, the Illini have won about 75% of their Game 2s in weekend series, making a series victory significantly more difficult. On the positive side, the Hoosiers average two more runs per game on Saturdays compared to Fridays.