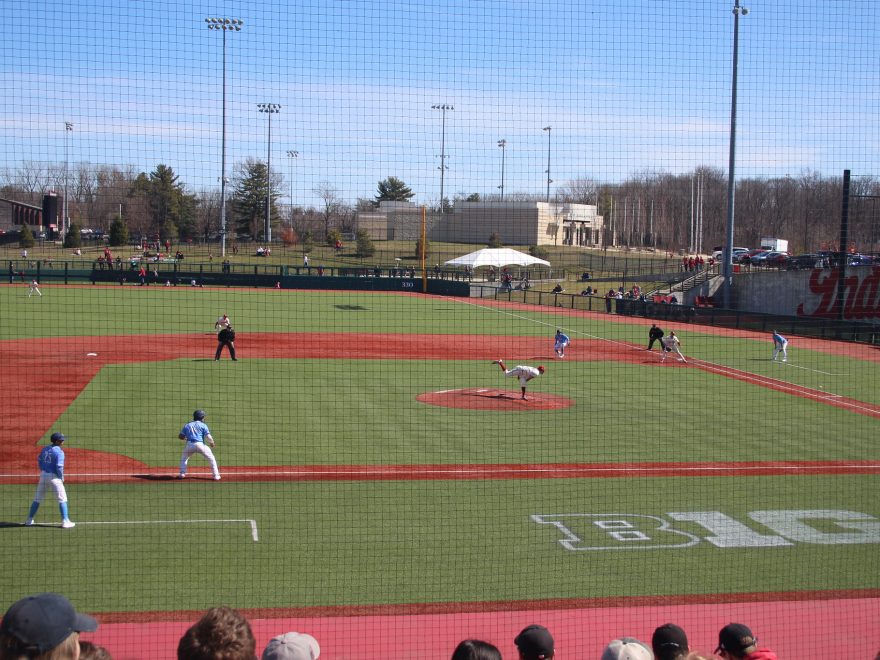 A back-loaded all B1G Conference schedule faces the Hoosiers

On Wednesday Indiana University Baseball released the 2021 schedule. The schedule is exclusively consistent of Big Ten (B1G) opponents. Coach Mercer has confirmed with iubase.com that every game of the season will count toward the B1G standings. Play will be Fridays through Sundays starting on March 5th and Concluding on May 30th. As iubase.com had reported on February 7th, there is no B1G Tournament. The league’s automatic bid will go the regular season champion.

The 2021 #IUBase schedule has been released!

I’ve had to think a bit how to analyze this schedule. Compared to a typical B1G schedule it is very balanced, but it is by no means not perfect. Each team plays every other team, however the number of games can vary between 3 and 6 in the case of Indiana’s schedule. An initial look at the schedule had me thinking Indiana’s games against good teams and poor teams would essentially wash out. I decided to run some quick numbers to confirm my thinking, and I was a bit surprised.

What I did was start with D1 Baseball’s prediction of conference finish. D1 Baseball (via Midwest region writers Patrick Ebert and Burke Granger) was the only major publication to rank the entire B1G. I then took the win percentages of conference only play by rank for each finishing position over the 2018 and 2019 seasons and averaged them. I then assigned that average win percentage to the corresponding team as D1 Baseball ranked them. For example: the top B1G team in 2018 was Minnesota with a 0.818 win rate, the top in 2019 was Indiana with a 0.708 win rate, so I averaged those together and assigned the 2021 predicted champion Michigan a win rate of 0.763. The Hoosiers were ranked second by D1 Baseball and get a predicted win rate of 0.718 which is roughly a record of 32-12 and an opponent win percentage of 0.484.

The most interesting thing I see in this schedule is that it is extremely back-loaded. I performed a subjective week-by-week prediction of how I would expect the series to go and the Hoosiers ended up at… 32-12: the same as the earlier more numerical analysis. In the 14 games schedule in March two games are against Minnesota, predicted in the middle of the league, the rest are predicted to be in the bottom of the league. I have the Hoosiers at 13-1 in that stretch. May, on the other hand, includes eight games against teams predicted to finish in the top-4 and compete for a league title.  I have the Hoosiers at 8-6 in May. The earliest intriguing series in my opinion is the four-game set against Ohio State April 2nd-4th as both teams have deep pitching staffs and are expected to compete for a league title. I have the Hoosiers going 11-5 for the month of April.

I have left to the end my analysis of how this will impact at-large bids to the NCAA tournament because it is so hard to predict what the committee will really be thinking. The NCAA committee has said that RPI will still be a factor in at-large bids and seeding. The lack of non-conference play for the B1G would make the use of RPI somewhat suspect. However, it can be argued that the B1G is a proven solid conference that had a good performance in the 2020 season which was entirely non-conference. If the league plays out as my admittedly simple calculated predictions go, the Hoosiers would finish second in the B1G with an RPI rank of 52. In a normal year that would be a bubble rank needing something impressive on the resume (like a series win at Michigan) to make the field.

My prediction is that Indiana is probably safe to make the NCAA field with at least a 0.750 win rate, or 33 wins if all 44 games are played. Of course, that might also be good enough to win the B1G regular season title which comes with an automatic bid. The Hoosiers only sure way to June baseball is wining the B1G title and it’s a bit difficult now to predict how many wins that will take.