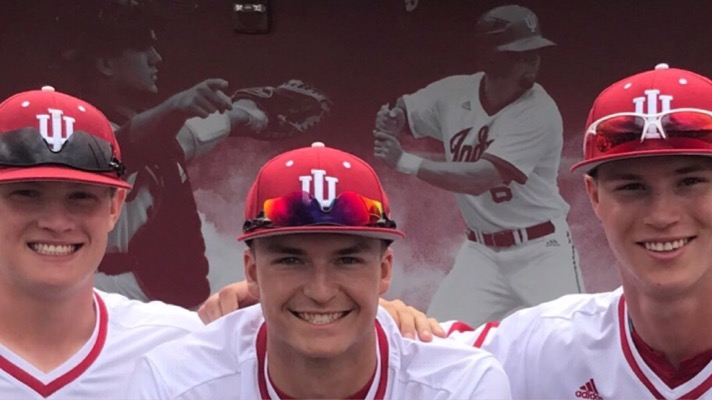 Perfect Game released their Top 300 Prospects for the 2019 MLB Draft list yesterday and Matt Gorski was near the top.

If you are a PG subscriber, here is the official list. Indiana Baseball revealed, via their twitter account, that Matt was indeed #32. Hoosier Baseball has not had a player ranked this high on a preseason draft list since Schwarber and Travis.

Come to Indiana ➡️ Develop to be a Pro. pic.twitter.com/loLzbKaD4O

This is not the first off season list that the Hoosier Baseball centerfielder has found himself on. Back in September, D1 Baseball ranked the top 100 MLB Draft eligible hitters for 2019. Gorski, as well as Logan Kaletha and Scotty Bradley made that Top 100.

Indiana has three players in the @d1baseball Top 100 Draft-Eligible Hitters list for the upcoming season!

Matt has already had many Hoosier Highlights during his time in Bloomington but he’s looking to get even better. In October, Greg Murray spoke with Matt and asked what he did over the summer to improve his game.

“I just focused on getting stronger, I just focused on seeing pitches better, taking more walks. Tried to increase my power output a little bit and anything I can do to help this team win. ”

You can see the whole interview with Gorski here

🗣🎙⚾ @matthew_gorski7: "I want to take more of a leadership role this year." pic.twitter.com/DskHli6AYb

Matt has already had many accomplishments in his athletic career which we took a look at last season. We even had to add an edit after the season.