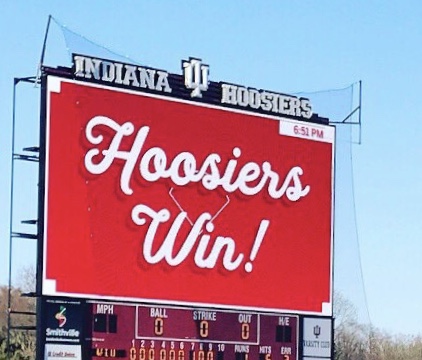 Here’s a look at some of The Hoosier Baseball WINNING of the first two months of 2018.

By Any Means Necessary

Record in one run games –

February and March has left Hoosier Baseball Nationally Ranked and with a solid RPI. February and March has also left Hoosier Baseball with the expectation to win every time they take the field and regardless of the inning or situation during the game. The second fact just might be this team’s biggest accomplishment of the first two months of 2018.

Something tells me there’s plenty more accomplishments coming in the next two months.