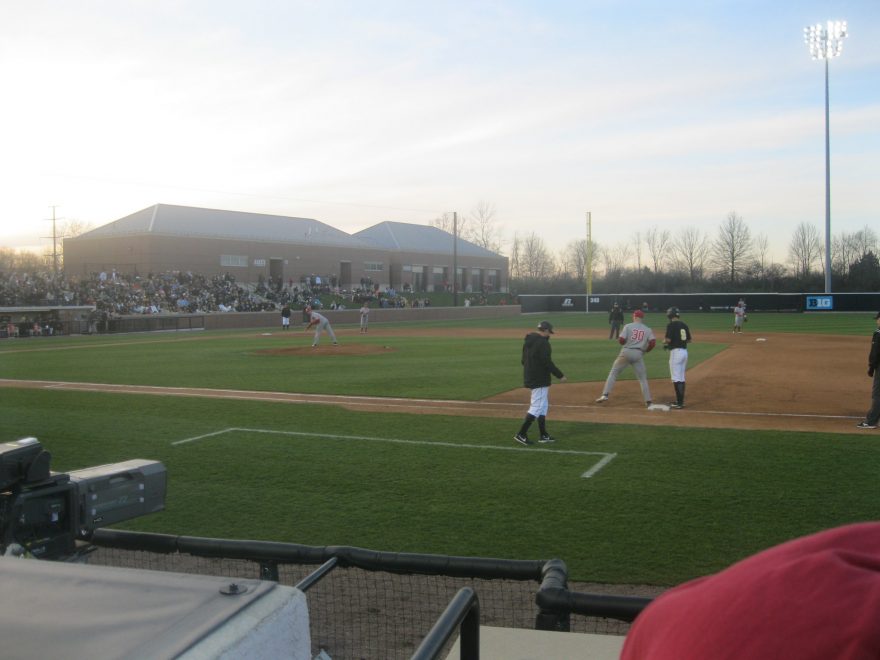 With the season just getting started here are some other series around the country that should be of interest to Hoosier fans for the opening weekend.

Purdue at Southern Miss. If you’ve read any of my prior work on the B1G baseball conference you will know about the unbalanced conference schedule. The Purdue Boilermakers have now had two amazing seasons under head coach Mark Wasikowski, and now have an enormous opportunity. Their B1G schedule misses the top three rated schools in the league. The Boilermakers do not have to play Michigan, Minnesota, or Indiana in a conference series. (The Boilers do come to Bloomington later for a non-conference mid-week match-up on April 10th.) My preliminary calculations show that if Purdue is the 4th best team in the league, they should be favored to win the regular season title. Southern Miss was a 44 game winner last season and expected to top Conference USA this year. This series will help to answer the question of how good the 2019 Boilers truly are.

Evansville at Mercer. The Hoosiers have 4 games with Evansville this year. 4-game opponents can have a big impact on the strength of schedule component of the RPI. It can be a big help like the 2017 Hawaii series, or be a disaster like the 2016 Toledo series or last year’s San Diego series (yes… I went there again). Evansville has the distinction of having the worst 2018 record among 2019 Hoosier opponents at 11-37. Now 2018 was an unusually bad year for Evansville and the hope is that they will be on the upswing in 2019. Winning a game or two against a good Mercer team would be nice beginning.

Canisius at North Carolina Central. Speaking of 4-game teams, Canisus is another one the Hoosiers get this year. Canisius is usually solid at getting wins each and every season so I’m not as concerned with them as am with Evansville. Of course I thought the same thing about San Diego last year (yes – I will stop picking on the Toreros at some point, but not yet). Canisius should win this series, but NC-Central is no slouch.

Minnesota in the College Baseball Classic in Surprise, Arizona. The defending B1G champs lost a lot of talent, but still have the 2018 B1G Pitcher and Freshman of the year in Patrick Fredrickson and shutdown closer Max Meyer. The question is will they have enough talent in the lineup to win over a whole weekend. A tough slate in Surprise including Gonzaga on Friday and Monday, New Mexico on Saturday, and defending national champion Oregon State on Sunday may help to answer that question.

RUTGERS at Miami. The Scarlet Knights may be the butt of many a B1G joke but they are being bold on many fronts. Most notably according to a tweet by D1Baseball.com’s Aaron Fitt, RUTGERS athletic director Patrick E. Hobbs was inexplicably the only B1G athletic director to vote in favor of actually paying baseball and softball’s third assistant coach bringing the sports in-line with every other major sport in coach to student-athlete ratio. This weekend the Scarlet Knights take their talents to South Beach and the U. Miami is coming off a down year for them where they missed the NCAA Tournament for the first time in 44 years and now introduce a new head coach (promoted assistant Gino DiMare) for the first time in a quarter century after the retirement of Jim Morris. It’ll be a challenge for RUTGERS but pulling off at least one win might show they plan to be no pushover in the conference this year.