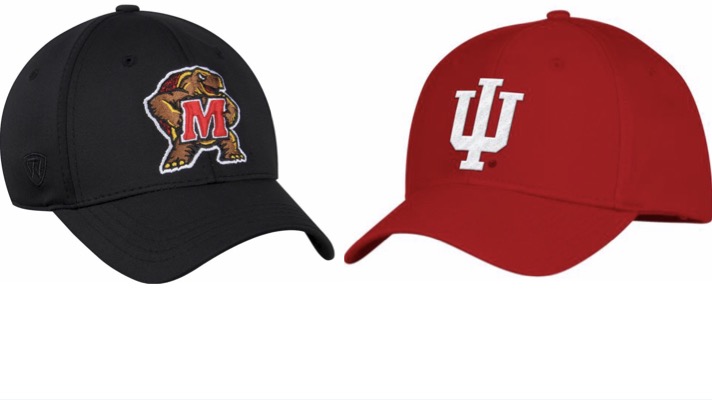 The Indiana bats muster just two hits and are held scoreless in their first Big Ten loss of the season.

Despite yet another quality start from Pauly Milto, who gave up just a pair of runs in 6.1 innings, the Hoosier offense did nothing to back him up. Indiana had just five plate appearances with runners in scoring position on the game and registered no hits in such situations. The Terps, meanwhile, had 11 plate appearances with runners in scoring position, and while they did not have a hit they did manage to generate an RBI sac-bunt, a walk, a sac-fly, and a Hoosier error.

The bright spot for IU has to be the pitching, as both Milto and Connor Manous pitched well, giving up just two runs on six hits while striking out 10. Manous entered the game in a difficult situation with runners on first and third with just one out; he struck out the first batter he faced and got the next to pop up in foul territory. Typically if the Indiana pitchers put up these kind of numbers the outcome is a victory. Unfortunately, it didn’t play out that way on Friday night.

Making the work of the pitchers more difficult, the Hoosier offense just could not get a grip on Maryland starter Hunter Parsons, who went eight innings of two-hit baseball. Indiana sent the minimum to the plate in each of the first four innings, and were able to get multiple runners on base at the same time just once. The Hoosiers were able to draw four walks, but two of those were immediately erased by the fielder’s choice. The two bats responsible for the hits were Cole Barr with a single (just his eighth single of the season; remember that he has nine home runs) and Ryan Fineman with a leadoff double in the 7th inning.

The Hoosiers will look to turn things around on Saturday, with first pitch scheduled for 2pm ET. Tanner Gordon will take the mound trying to build on his last two starts, where he has given up just two runs in 15 innings of work. Maryland is throwing out RHP Zach Thompson, who is 1-2 with a 3.63 ERA and a 3.3 K-to-BB ratio. You can listen to the dulcet tones of Greg Murray calling the game at WHCC105.com.