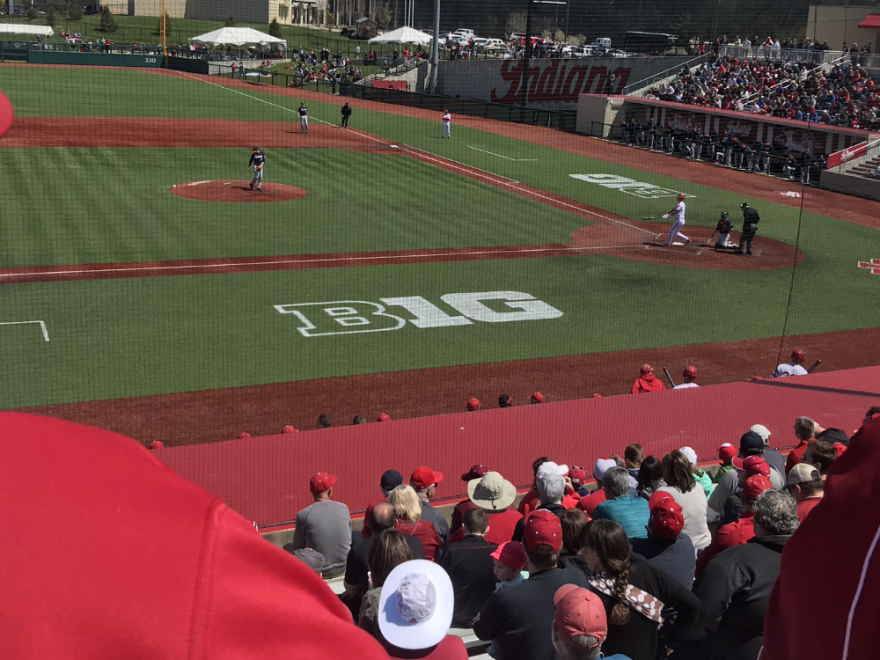 This week’s list of games to scoreboard watch for #iubase fans has a national flare to it. All but one of my picks for the top-5 feature at least one team from D1Baseball.com’s Top-25 (https://d1baseball.com/rankings/d1baseball-top-25-rankings-may-1). The Hoosiers are back in the discussion for hosting. Baseball America has Indiana projected as a host (https://www.baseballamerica.com/stories/college-baseball-projected-field-of-64-5218/), while D1Baseball.com (https://d1baseball.com/postseason/projected-field-64-may-1/) does not.

I always put the #iubase series on the top of my list, because taking care of your own business is always the best thing for a team. This week, however, Indiana is playing in a series which should be on the top of many people’s lists nationally. It is one of only three series between teams in D1Baseball.com’s Top-25, and it is the closest of those 3 (another matchup is #4 on my list). While there is technically a chance for #iubase to host if they were to lose this series based on winning out and getting to a #16 RPI, the conventional wisdom is that the road to hosting clearly runs through Minneapolis with a series victory. The same could be said in reverse for Minnesota. Most likely, the B1G Ten will have only one hosting candidate after this weekend and it will be the winner of this series. Hoosiers drop this series, then #2, #3, #4 are a not a big deal either.

This has a double impact. For RPI purposes Indiana has played Iowa twice so Iowa wins in the series help the opponent win percentage. More importantly, Oklahoma State is on the hosting bubble and losing a series to a B1G Ten team could be a nice help for the hosting chances of either Indiana or Minnesota.

East Carolina is another team on the hosting bubble and road series stumble could knock their RPI in a range to open up another hosting slot.

A&M is one more hosting bubble team to watch here. Losing a series 2-1 to #1 Florida should not be bad on their RPI; however, a home sweep will add 0 wins and 3.9 losses. That could hurt A&M’s RPI a bit. A Gator sweep would be nice here.

The goal here is for Illinois to maintain top-50 RPI so that the #iubase series win last week is viewed as a marquee series win in a few weeks.

(​C​onflicting reasons to like the series to go either way​: TTUN is ahead of #iubase in B1G, but the better TTUN RPI is, the better the #iubase series win against them looks​)